Satao Elerai Camp is an exclusive and eco-friendly game lodge set on a 5 000-acre private conservation area on the border of Amboseli National Park. Apart from the region’s abundant wildlife, the lodge’s drawcard is its spectacular views of the Amboseli plains and majestic Mount Kilimanjaro, Africa’s highest peak. Resident elephants are often seen from camp, and are frequently heard trumpeting in the night, while the floodlit watering hole alongside the lodge attracts a variety of game, especially in the mornings.

The lodge forms part of the community-owned Elerai Conservancy and you have the opportunity to walk alongside Maasai warriors in search of elephant, giraffe, zebra and other wild game as they herd their prized cattle to grazing grounds. When you are not on foot, embark on guided game drives into the Amboseli to see the park’s mighty elephant residents, acclaimed for their large tusks, and seek out Africa’s sought-after nocturnal creatures – like serval, genet, civet and aardwolf – on a night drive in the Elerai conservancy.

At the main lodge you can sip your morning coffee on the terrace while elephants graze nearby and resident game visit the adjacent watering hole. Enjoy spectacular views of Mount Kilimanjaro and the Amboseli plains while taking a dip in the infinity pool, and have sundowners at the upstairs lookout point. The cosy lounge and bar area is ideal for relaxing with other guests or settling in with a good book, and evenings can be spent sharing safari tales at the fireplace or under the stars around the campfire. 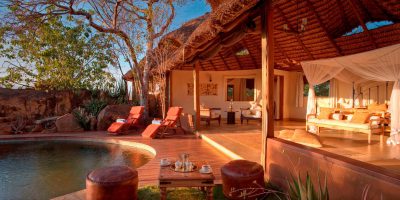 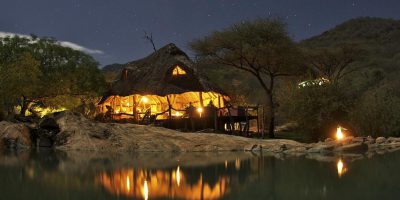 Imagine being privy to a tradition that has remained unchanged and unspoilt for centuries. An experience as unique as the Wildebeest Migration, yet...
LEARN MORE 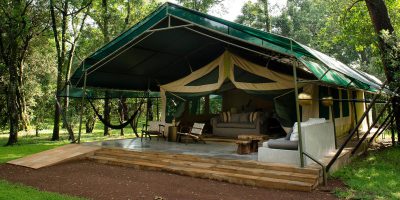 This small and intimate tented camp is situated within a forested area of the Masai Mara and is considered one of the area's premier safari camps....
LEARN MORE
PrevNext
Talk to Our Safari Experts