Imagine being privy to a tradition that has remained unchanged and unspoilt for centuries. An experience as unique as the Wildebeest Migration, yet not as widely known and forbidden to be photographed. Now imagine a scene where chorales of semi-nomadic Samburu tribes bring their livestock to dry waterholes each morning to dig for precious, life-giving water during the July-to-October dry season. Welcome to the fabled Samburu ‘singing wells’.

Here at Sarara Camp, you can witness this important ritual during which the Samburu people take their herds to special wells where they sing ceremonially while digging for water. Every animal recognises their family song and comes to drink when their troughs are full. Each family owns a well and amid all the singing, dust, bells, colour and light, the different families from the area get together to exchange stories and pass on messages. After a day of singing, a fascinating evening changing-of-the-guard occurs as wildlife like elephants and the famous Sarara leopard come to drink from the same water sources – a humbling example of wild animals co-existing alongside humans and their cattle. No photographs are allowed at the singing wells but guests at Sarara are given the rare opportunity and special privilege to get a glimpse of this remarkably unique Samburu way of life.

Sarara Camp is nestled within the Namunyak Wildlife Conservation Trust of northern Kenya, a pristine wilderness in the famed Mathews Range, also known as the Lenkiyio Hills. Not only is this remote and dramatic landscape home to the Samburu pastoralists but also animals like elephant, leopard, wild dog, hyena, buffalo and reticulated giraffe – most of which can be seen without even leaving the camp as they come to drink at Sarara’s resident waterhole.

This is your chance to get whisked away to an ancient land slightly bigger than the State of New Jersey, where no other safari camp or tourist can be seen for 850 000 acres.

Visiting the fabled Samburu singing wells during the annual dry season
Game drives and guided walks in an untouched conservation area
Hiking through the forested hills of the Mathews Range
Fly-camping with camels along seasonal riverbanks
Traditional beading workshops with Samburu women
Watch animals drink at a waterhole, a stone’s throw from the camp’s mess and pool

The camp consists of a large main sitting and dining area. There is also a gift shop and Wi-Fi access. Sarara’s natural rock swimming pool overlooks a resident waterhole where animals like elephant, kudu, impala, warthog and wild dog come to drink. 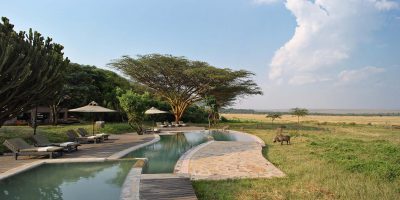 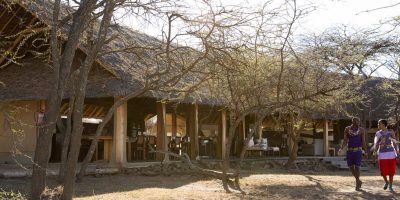 Situated in a private conservancy east of Kenya's Masai Mara, Naboisho Camp is a classically authentic and intimate safari camp that was first established...
LEARN MORE 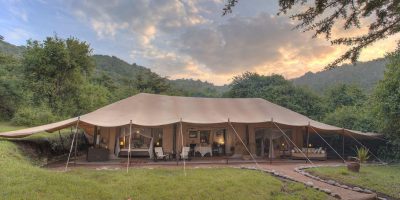 Situated in a private concession on the Masai Mara – and bordering the Serengeti and Loliondo reserves – Cottar's 1920s Camp is a traditional...
LEARN MORE
PrevNext
Talk to Our Safari Experts